Confessions of a Girl Obsessed with Body Image 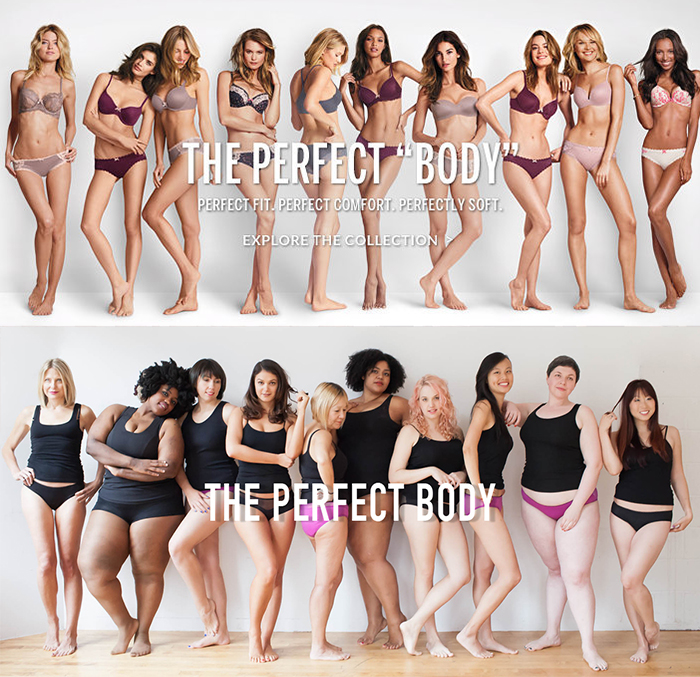 I’ve been obsessed with body image and my weight since I was 13, and now I’m nearly 25, it’s been a long journey which I’m still constantly battling with. It does affect friendships and relationships with the constant negative mind frame. I don’t see what they see. I’m not sure if I ever will. People won’t understand how this affects me mentally especially since it’s been 10+ years. It’s like it’s been drilled into me, it’s been that long.

I thought it’d be a great insight to share some of my experience and the thoughts I’ve had and or currently still having, whether you may or may not relate to any of it. In the end, it is a form of disorder and there are others who are going through this same thing too. These are my confessions.

Constantly weighing myself had become an obsession. From the age of 13 till 18, I would stand on the scales every day and as many times a day. I had to make sure that I was 44kg or under. Anything higher, I would go to the extremes until I get back to 44kg or under. I didn’t have scales during university but whenever I did go food shopping, I would pop into the bathroom section and weigh myself there. Even now, I’m still trying to weigh myself as much as I can with the thought of still wanting to be under a certain weight and having a waist below a certain inch.

Compliments make me uncomfortable and people can see that. I’ve learnt to not shut the compliment down completely and only reply with an uncomfortable “really?” or pretend I’ve never heard it. One would say I’m little, another would say I’ve got a nice stomach etc. I don’t believe anything people would say about me. My negative thoughts would take over.

I would compare myself to my friends and even my family took a big toll on me. They had the typical small-framed body, a UK size 4/6; whereas I was broad, athletic and a size 8/10 and felt like a hippo standing next to them. Of course, I was jealous. I would look at the thinner people in the streets and would envy them. Pictures of celebrities, bloggers and the media had a big influence. When people point out that a certain person is too thin, it’s my ideal look. In this day and age, appearance is everything.

Being compared to other girls is like being stabbed in the back. This has happened in my relationships and it screwed me over so much. This is where relationships start to breakdown; everything they say becomes a lie and the arguments start. It’s the same when they comment on other women yet nothing positive about me. For future relationships, it feels like I’m never going to be good enough for them. Even the tiniest thing will just put me down.

People commenting on how small my chest or bum in a joking way does affect me. Even with people I know or close with, I feel down about the comment but I always put up a fake front, pretending to laugh it off or whatever the right response would be without them suspecting anything is wrong. At the same time, I do feel the need to explain myself – baggy clothes, sports bra, etc.

“Bones are beautiful” would be a thought I constantly had whilst growing up. This was one disturbing thought I would have. I had even considered surgery, liposuction, anything to get me out of my skin. I loved it when people would call me skinny even though I’d never believed it. I even did say to people that I hated myself, every little bit of me. I still hate everything about me.

Constantly trying out extreme diets after stumbling upon them and reading other peoples results in the hope I would get the same results. In the end, I would feel weak and grumpy and move on to the next one when I had given up. There are times where I would starve myself. Since 2016 had started, I’ve moved away from this to get my eating sorted properly.

I’d cry or have mental breakdowns about my body image. Cry myself to sleep. It happens too often. I just don’t tell anyone about it. Most people have heard me complain about it and it felt like they are sick of hearing it so it lead to keeping it to myself as it was a very common occurrence. I’d cry overlooking broad and fat in certain clothing or even a certain size in certain shops that doesn’t fit me.

I would be fake in front of people. I would fake being confident or rely on alcohol for it when I’m out with friends. When I have one of those days, I would act like nothing was wrong.

People do say that I don’t need to be like this but what they don’t know is the years of struggle that still eats me up to this very day. It is all mentally tiring with all of the emotional self-abuse and is a disorder that cannot be overcome overnight. I do hope that I will overcome it one day, even if it takes another 10 years.

Working Out for Free

Fitness Apps I Use

39 responses to “Confessions of a Girl Obsessed with Body Image”